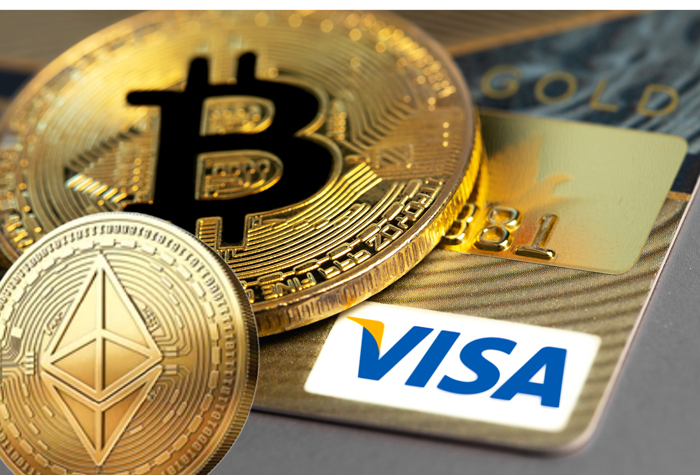 Cryptocurrency is exploding globally. Many people think of cryptocurrency as bitcoin with a  small number of enthusiasts involved. They are wrong on both counts. The digital currency market is growing rapidly, and so are the platforms and technology surrounding it. Institutional investors are are joining in droves.

Why is this list is getting bigger and bigger?

Isn’t Warren Buffet calling Bitcoin “rat poison” with no value backed by nothing?

Didn’t Alex Green, Chief Investment officer of The OxFord Club, said that unlike other investments, it doesn’t have sales, earnings, cash flow, book value or dividends. It doesn’t provide interest payments or rental income. It has no tangible value?

The “stocks stuck” people are wrong. The world is proving them wrong.

Even shark tank star Kevin O’Leary, once the loudest voices against Bitcoin and many times called it “garbage,”  has done a complete 180 on Bitcoin. In May 2021 he announced to have transferred 3% of his entire portfolio in Bitcoin.

MicroStrategy, a prominent business analytics platform, has adopted Bitcoin as its primary reserve asset. Throughout 2021, the firm—which produces mobile software and cloud-based services—continued its Bitcoin buying spree. It now holds 105,085 BTC in reserve, equivalent to over $3.3 billion in BTC. At one point, MicroStrategy CEO Michael Saylor said, he was buying $1,000 in Bitcoin every second.

On New Year’s Eve, 2020, Morgan Stanley revealed that it had purchased 10.9% of MicroStrategy. And MicroStrategy is looking to get other companies invested in Bitcoin; in February 2021, it hosted a Bitcoin for Corporations strand during its World. Now conference, aimed at getting companies up to speed with the crypto asset.

During the conference, Saylor stated that he anticipated an “avalanche of companies” converting their balance sheets into Bitcoin in the coming year.

The short answer is cryptocurrency makes more sense than any other investment medium ever existed. According to economic professor Saifedean Ammous, who wrote the incredible book “The Bitcoin Standard,” Bitcoin has all the characteristics of hard money. Harder than gold. And Fidelity backs his study that bitcoin will be worth $1 million in 5 to 7 years.

As people are still wondering where the value is in Bitcoin, the answer is as clear as a sunny day.

Bitcoin has not lost value in 10 years and surpassed by far any investment mediums in the world.

But, there is more to cryptocurrency than Bitcoin.

Bitcoin is the grandfather of cryptocurrency and most secure peer-to-peer cash transaction platform in the world. The strength of Bitcoin lays in its simplicity. One function, high security, absolute immutability, impossible to hack or shut down.

Ethereum the second largest cryptocurrency, and it’s more than a currency.

Ethereum has an extensive and interesting story. George Gilder describes it as “the most significant technical advancement of our time.”

Even governments like Germany, India and others use the Ethereum protocol. The Deutsche Bundesbank in Germany has successfully tested a blockchain-based settlement interface for electronic securities. The test bridges the gap between mainstream finance and blockchain technology without relying on a central bank digital currency.

The Government of Maharashtra is focused on launching the world’s largest blockchain technology-powered educational credentialing system for almost one million certificates. A SaaS-based platform known as LegitDoc is helping the Government by harnessing a mix of Ethereum blockchain as well as a cryptographic technique.

Ethereum is also the platform used by other cryptocurrencies.

Cryptocurrencies are either ATL coins that resemble bitcoins with different features or currencies and projects running on Ethereum. Some of these currencies are backed by real value and projects in different categories like DeFI (Decentralized Finance) coins, asset-backed coins, and passthrough coins. We are about to see other categories coming to market, as many industries are now launching token and coins with specific reasons and purposes.

There are four main methods to create cryptocurrency.

Proof of Work (PoW), Proof of Stake (PoS), Tokens, and Stablecoins. They further breakdown in different categories to fit specific projects for individual industries. Understanding in any detail would require a lot of studying, but at the end of the day, growth and profits tell the story.

Some of these coins have mind boggling growth over other mediums.

Unlike traditional currencies that are controlled by a sovereign government’s Central Bank, cryptocurrencies are decentralized and are protected using cryptography. A large Fidelity study amongst 800 UE and EU institutions revealed these are major motivating factors for investors to get involved in cryptocurrency.